What's the cost of life in Switzerland?

Switzerland is as known for its breathtaking natural beauty and alpine lifestyle as it is for being highly expensive. But greater costs come with better rewards: superior standards of living. With the highest salaries in Europe, exceptionally low crime rates, fantastic healthcare and as a global leader in finance, science, and tech, it is no wonder Switzerland is a popular expat destination.

Living comfortably in Switzerland isn’t difficult, as residents in Switzerland benefit from the highest salaries in Europe, earning CHF 72,000 annually (~ €67,800) according to international consultancy firm Willis Towers Watson. After tax, the average person living in Switzerland will receive a monthly net salary of €4,995, which will certainly afford a decent lifestyle. The average wages elsewhere in Western Europe appear minimal in comparison, with people in France (€35,370), the UK (€30,622) and Spain (€27,161) all earning considerably lower.

But it’s a fact, Switzerland is the most expensive country to live in Europe, so get ready to pay for all the services twice and sometimes three times as more than in Italy or France. For instance, you will have to pay for insurance, rent (if it’s the case), utilities and transport, it might set you back CHF 3,000-4,000 (~ €1,800 - 2,800) per month. Thus, to live well in Switzerland (depending on city) you should have at least CHF 4,000-5,000 of income. If you're a family of four, expenses will increase, check them below.

Buy or to rent in Switzerland

Swiss taxes for locals and non-residents

Looking for a property in Switzerland and don't know where to start? We've got you covered in this comprehensive property guide.

Find out how to buy property in Switzerland! 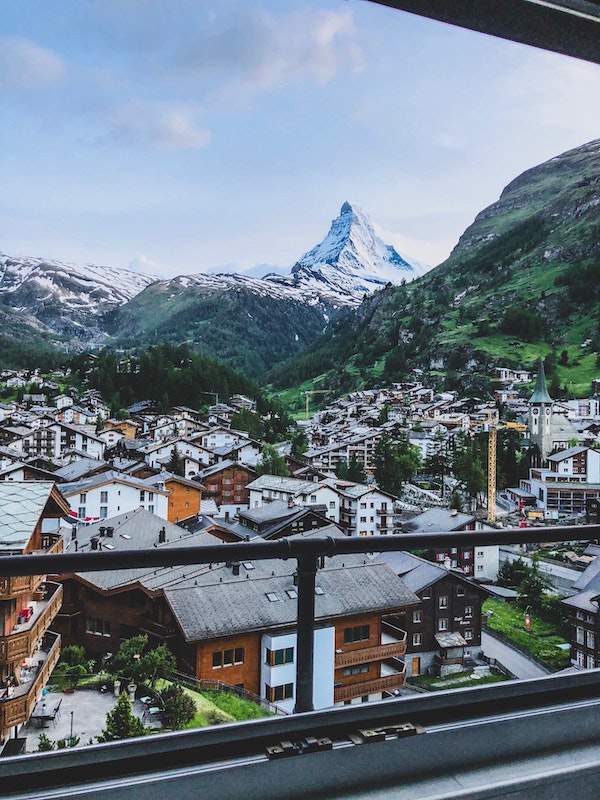 How much is it to rent or buy property in Switzerland?

It may be a truly picturesque country but unfortunately, renting or buying does not come cheap. The most expensive city in the world according to Numbeo, Zurich, is located here, and 5 more Swiss cities are included into the top 10. Thus the prices are high around the country, so plan your budget.

It is worth noting that as demand is so high, you might need to pay a deposit for three month's rent upfront.

The cost of buying a property in Switzerland depends on whether it is in the city or suburbs, and of course prices vary between different cantons. For example, the average price per square meter to purchase an apartment in the city centre of Zurich or Geneva is CHF 10,819 (€10,188), but can be lower further out from the city. In smaller cities it could be twice as low. You can expect overall transaction costs to be 3.7% from the property price and you will need to pay a 20% deposit upfront. 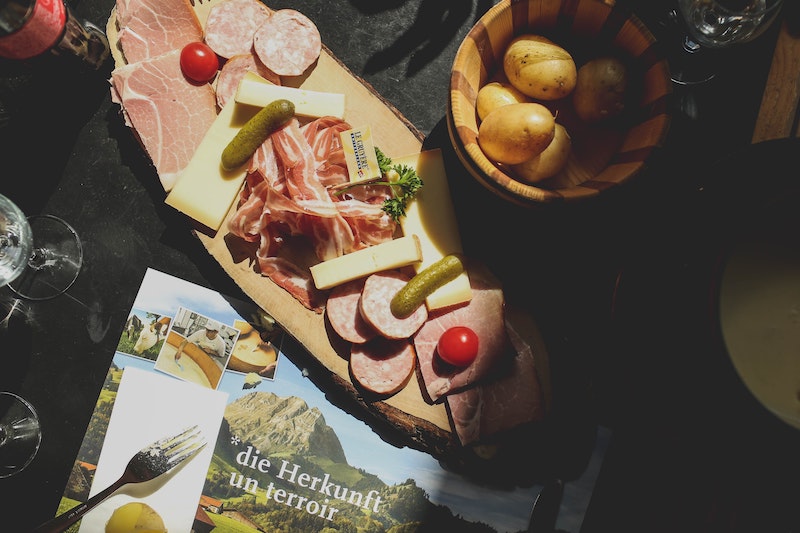 Residents should budget approximately CHF 184 (€173) for utilities per month (this includes electricity, heating, water, and gas). These estimates are based on an 85 square meter apartment. This does not include internet, which you should approximately factor in CHF 60 (€56,5) monthly for.

It might come as a surprise that transport in the major Swiss cities is actually fairly low cost. For example, a monthly transport pass (valid on trams, trains, buses and ships) will cost you approximately CHF 75. This is a whopping 158% less than the equivalent you would pay for in London (£143.50 or €173).

Whilst public transport is comparatively cheap, owning a car can be pricey. Fuel will set you back around CHF 1.60 per litre. You will also need to pay for cantonal taxes, as well as things such as parking permits and car insurance. All in all, this puts the average cost of owning a car 30% higher than in European countries.

Food is of very high quality in Switzerland: proud purveyors of the best chocolate, and cheese you could almost die for, but it all comes at a price. For one person, you can expect to pay on average CHF 450 (€424) per month, with this amount depending on whether you also buy meat and the supermarket you go to. For example, there are two historical supermarkets - Migros and Coop, Coop being around 10% more expensive than Migros. Migros is popular because most of its products are self-owned brands. Harddiscounters like Lidl and Aldi are the cheapest. Manor and Globus are the most expensive supermarkets you could choose for grocery shopping. But again, if you're a family, plan to spend at least CHF 1,000 (€942) for food.

When it comes to having a bite out to eat, you can expect a set lunchtime menu to be approximately CHF 22-32 (€20-30) per person. Or, if fast food is calling your name, a McMeal at McDonald’s will be around CHF 13.

If you are looking for something a little fancier, perhaps for two of you, it will cost you around CHF 120-150 in a mid-range restaurant (3 courses meal at the restaurant for 2 with a glass of wine would be closer to CHF 70 per person).

Looking to do something after getting a bite to eat? Watching the latest film at the cinema is usually CHF 20 per ticket. Visiting art exhibitions and museums will cost around CHF 10-15. You could even go for free: many galleries do not charge on certain days or times of the month.

After guzzling all that popcorn and maybe a drink or two, you might want to burn it off at the gym after. A no-frills gym will cost about CHF 80 a month. 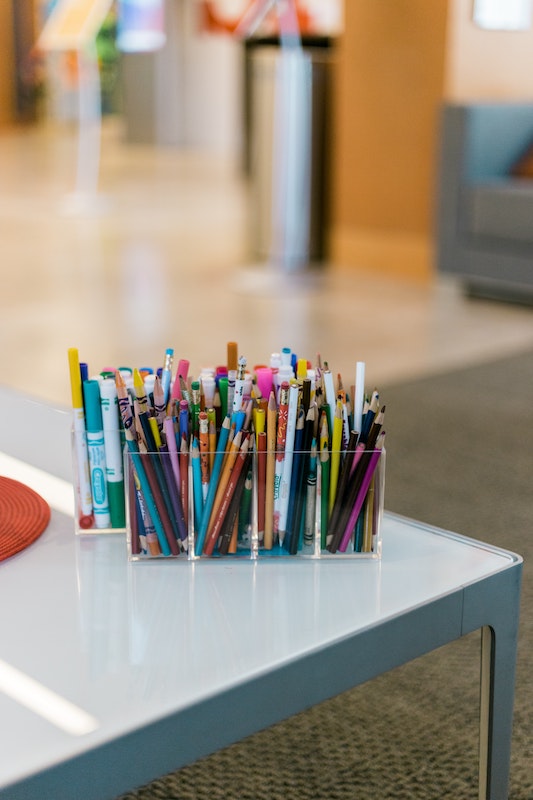 For parents of preschool age children, you can expect to pay approximately CHF 2,219 (€2,090) monthly for a full day private nursery or Kindergarten. To put a child in a crèche working parents can expect to pay CHF 2,000 (€1,883) a month. To keep costs down, you could look at hiring an au pair, but remember that Swiss law states they cannot work any more than six hours per day.

State education in Switzerland is world-renowned for being excellent, but although it is free, there is a catch for expats: children will need to speak in one of the official languages in the canton where the school is located (either French, German, Italian or Romansch). Lessons are taught in this language.

Bilingual Swiss schools do exist (the main canton language plus English) and have annual fees up to CHF 25,000 (€23,540) per annum per child.

The other alternative are the ultra competitive international schools. These private schools follow curriculums in the native language and cost anything from CHF 25,000 to a staggering CHF 100,000 (€94,170) per year.

Just like the heavy snow that falls regularly in the Swiss alps, healthcare is pristine perfect. No need to worry about waiting lists: highly qualified doctors and the best equipped medical facilities money can buy exist here.

But this is because everyone living in Switzerland is required to have basic health and accident insurance to use the universal healthcare system. Many decide to also take out supplementary health insurance too. Expect to pay around CHF 330 (€311) for your health insurance per month. Add the same amount for each family member, except children under 18 years old - CHF 100 is the insurance fee to be paid for each.

2020 has been a tough year everywhere and Switzerland is no exception. Having made it through the first wave barely touched...